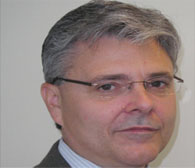 Not many small businesses can claim success since the recent economic downturn, but Chenega Technical Innovations, LLC (ChenegaTI) has fortunately deviated from this trend. The Company was first established in 2011 and is based in Dumfries, Virginia. It has grown over 250 percent in roughly two years due to its commitment to diversity and a small but talented staff of extraordinary individuals. “Chenega’s Alaska Native American shareholders foster an environment of respect and true entrepreneurial spirit which underscores everything we do,” says Michael Owens, president of ChenegaTI. “It’s more like family than corporate America – and this translates directly into results for our customers.” Many of its clients are U.S.Government departments, such as the Department of Defense, the Department of Justice, and the United States Intelligence Community. Additionally, the company provides services to the military and to private, commercial businesses.

The company’s principal lines of business include: systems engineering and integration; Information Technology with an emphasis on information assurance; mobile applications and training development; and technical intelligence operations, which adds real-world context to its work in the other lines of business.

The services offered by ChenegaTI include research and development, systems integration, geospatial services and cloud analytics. In the IT field, the company provides domestic and OCONUS IT support, in addition to virtualization and parallel processing, information assurance and cyber security as well as infrastructure support. In regards to technical operations, they
deliver Tier 1, 2 and 3 support, systems engineering services, network engineering and support software/system integration laboratories, Joint Concepts Technology Demonstrations and Rapid Prototyping efforts.

ChenegaTI provides customer service via program managers who hail from a wide variety of relevant professional backgrounds and are well-known and revered in their fields. These managers are backed by a decently-sized staff and the services are individualized to the client’s specific needs, which the company provides at highly competitive rates. Michael Owens, president of ChenegaTI, discusses the company’s up-hill battle to survive in the recent economy by stating that the company’s success was based on its ability to look to the future by seizing chances that were only available in the present, but would definitely pay off in the long term. “As Opportunity knocks only once, we tried to position ourselves such that we were able to answer it immediately,” he adds.

As a start-up small business, ChenegaTI faced challenges, and the major one was the hard economic conditions when it came to budgetary concerns with the Federal Government. Finally, the company has started to experience the benefits of those labors. Owens believes that the Company overcame fiscal pressures by building flexibility into the corporate structure so that they could respond to an economy that was difficult to predict. The company has a presence across the United States and in four countries.

Looking ahead, ChenegaTI continues to build itself around its innovations culture, by embracing newer technologies as they arrive in the market and continues to support a broad range of federal clients.

Description
Provides contracting services in engineering, IT, and technical operations