From Consolidation to Consensus: Creating an Environment that Serves the Enterprise

From Consolidation to Consensus: Creating an Environment that Serves the Enterprise 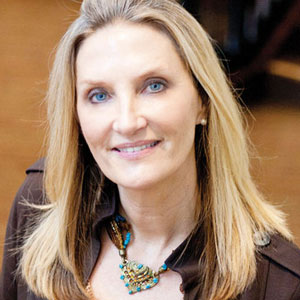 There’s no doubt about it—this is an exciting, innovative time to be involved in government technology.  But if you’ve served the public for more than just a few years, my guess is that you’ve had an IT project or two that didn’t go as planned. Goals didn’t get met. The investment didn’t produce. Your stakeholders, whether internal or external to your organization, became disillusioned.

Sometimes, the solution lies not with the technology, but with gaining the consensus needed to move a project in a positive direction. My role as CIO for the State of Texas operates hand-in-hand with my role as executive director for the Texas Department of Information Resources, the IT agency for our state. My agency’s role is to serve, guide, coach, and advise other state agencies though product and service offerings and policy development.

When I assumed the role of CIO in 2009, I also inherited a $one billion statewide data center consolidation project. The goal of the project was to pursue technology efficiencies, reliabilities, and cost savings by consolidating the data centers of 28 independent state agencies into two updated data centers.

The project was floundering. To say it was a Texas-sized problem couldn’t have been more accurate.

There were several dynamics at play: Our state agency customers—those statutorily designated to participate—felt this project and its requirements had been thrown at them, that they hadn’t been made part of the team, and that they had no voice in the process. We had both small and large agencies involved across a spectrum of services, along with a wide variety of technology and business needs. While this was obviously a technology-heavy project, business motivators were not communicated, so the project’s purpose and its potential benefits to individual agencies and to the state seemed more like window dressing than true drivers. And of course, a project of this magnitude had its share of technology issues.

In a large project with severe points of contention, it is critical to create an environment that fosters teamwork, vulnerability, and transparency. Developing a culture of consensus—where all parties value solving issues to pursue common goals—is a key ingredient to changing the direction of a flailing IT project, or even supporting the success of a well performing one.

Thankfully, there are principles that apply whether the project  affects a small team or a large enterprise.

Truly Engaged Leadership Means Hearing the Good and the Bad

Sometimes, you have to put a critical project on hold: step back, take time to evaluate what’s working and what’s not, and no matter how painful it might be, take time to listen.

I met with every executive director or commissioner who would meet with me. I heard their concerns—good, bad, and ugly—assuring them that I wanted to make this a collaborative process. Our conversations were frank, and I sought their advice on how to move forward. There were times when those conversations were quite painful. But that “listening campaign” laid the foundation for everything else.

Whether your tech project is small or large, at the end of the day, change affects people. Project success often depends on letting people communicate their needs, and you communicating expectations and goals. That dynamic, when possible, will ease the pain of transition, and get more people on your team.

“Sometimes, the solution lies not with the technology, but with gaining the consensus needed to move a project in a positive direction”

My staff and I, along with our agency customers, developed a governance structure that opened up needed channels of communication. This structure welcomed input from all agencies, from both executive business leaders and “boots on the ground” technical folks. Our three-tiered approach included solution groups that met on areas of expertise such as technology or finance, an IT leadership committee of mid-range execs (and now, vendor partners) who discussed project priorities and service additions, and a business executive leadership committee that set strategic business direction. Through group interactions, and an internal review of the program, we collectively decided to re-bid the entire project.

This governance structure enables us to truly work together, largely making decisions through consensus. We hash things out and negotiate. We promote successes and goals and resolve issues. By throwing the doors open, letting in fresh insights, and providing opportunities to voice needs and concerns, we encourage transparency and collaboration, and agencies now feel that they are part of the process. Because of this inclusive structure, agencies can also see how decisions that impact them affect other agencies—and the state as a whole.

The initial governance setup led to a rebid of the entire program with different terms, a multi-vendor structure, and greater billing transparency. But that just got us started. We also massively increased communication through newsletters, webinars, and customer service reps, demonstrating our commitment to keep customers informed and engaged. Our communications are ongoing, our governance groups are active, and I continue to meet with agency leaders. This helps us focus on the goals of serving our taxpayers in the most efficient, cost-effective, secure, and productive way.

Empowering Others Empowers You

Our governance model not only gives agencies a channel through which they can voice concerns, it also gives them the opportunity to influence decisions that ultimately affect them. We are over half-way through consolidation. All of us—vendors, agencies, and my staff—still have hard work ahead of us. But the project is experiencing improved customer satisfaction, robust and reliable security, and stabilized performance.

Releasing control can cause some anxiety, if you’re used to successfully managing projects from start to finish with centralized decision making.

Tom Ridge, the first United States Secretary of Homeland Security (2003–2005), captured a sentiment in his book, The Test of Our Times that has resonated with me throughout this project:“You have to enable and empower people to make decisions independent of you. As I’ve learned, each person on a team is an extension of your leadership; if they feel empowered by you they will magnify your power to lead.”

We were certainly very careful about which decisions to distribute and which decisions were exclusively ours. But while sharing problems and responsibilities requires giving up some control, creating a culture of consensus can greatly increase the odds of turning that ship around and moving a complex project toward success for everyone. 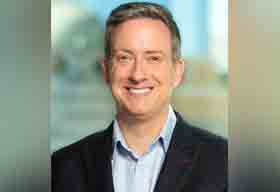 How has the pandemic changed the perspective of Ed-Tech Industry?