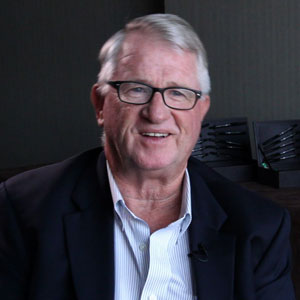 Off the rocky coast, Maine lobstermen have set and pulled their traps for over a century, capturing the cold-water crustaceans in traps and steaming the catch back to port. In many ways, the industry has remained the same as it was since the 20th century.  But, over the next couple of months, some things will change—these hearty Maine lobstermen will be able to report the day’s catch, via their smart phones, while steaming back to port.

The State of Maine’s Department of Marine Resources (DMR) is changing the process for lobstermen to record their catches. Using Business Process Management (BPM) and an agile development approach, the Department is introducing a new licensing, reporting and tracking system. And that is at the heart of BPM a way to, holistically rewrite processes to bring efficiency, transparency, agility, and user control to a world of formerly slow release coding efforts.

BPM is being adopted widely in both public and private organizations as a more effective, faster way to introduce operational and technology changes.  In a 2011 Gartner survey, it was listed as the number one efficiency gain for U.S. companies, followed by technology changes.  Some independent studies have shown a 40 percent increase in operational efficiency after adopting BPM bringing transformational change.

Why Business Process Management for Maine?

Maine, like other states, has several legacy systems.  But even beyond that, it has many legacy processes that are manual, paper bound, difficult to understand, and difficult to change. And, we have processes we cannot ‘’see’’ into (where is a work item in the process), and that cannot be changed without significant IT time and testing effort.

What is BPM and why is it so effective?

BPM has been developed by the software industry based on several universal truths. They are as follows:

How to make processing changes fast, without system rewrites, and without legacy system rewrites.  It does this through software that works with the output of legacy systems, but simplifies changes and revisions to business processes.  It has created change tools that can be used by business resources to modify, extract, and measure business processes.  It provides visibility into the process.

BPM as a Game Changer

Following are some of the examples of how BPM processing was introduced over the last eight months.  We have seen some early success—one Department of Labor process went from an average of 42 days elapsed time to four hours but we are also rolling out the technology slowly.  We are following the mantra, think big, start small. It is a cultural change for both IT and business, and we have coupled it with a change to agile methodology, so we have to progress at a deliberate speed to ensure success.  We have developed a Center of Excellence approach for our BPM work. Sudden Department of Marine Resources—Licensing Enforcement and Environmental Data System (LEEDS) Move from paper forms and labor intensive eligibility determination and to better serve the fishermen through self-service and mobile portals was observed. The services being as follows:

An interesting fact we learned through our research is that not many lobstermen have laptops, but almost all of them carry smart phones.

Automate the determination of blocked unemployment claims (where employee and employer information does not match) by defining workflows and integrating with legacy data sources, thereby improving timeliness and quality.

All of these process changes, done quickly through  BPM, have common traits—use of existing legacy systems/ data when applicable, direct involvement of business partners through the whole process, and agile methodology and quick releases. The resulting processes allow business resources to “see” the workflow, understand bottlenecks, review the metrics, and modify workflow without IT coding. Early metrics indicate that our BPM development costs are 20 percent lower than traditional methods.