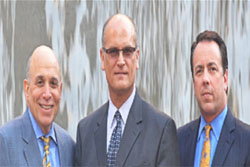 Clear Government Solutions (CGS), via its wholly owned subsidiary Clear Gov, Inc., was one of the few companies awarded the contract and one of an even smaller group to be awarded all three independent functional areas of the contract including Cloud Storage, Virtual Machines and Web Hosting.

As a privately owned Maryland Corporation with data centers in Ashburn, VA and Dallas, TX - CGS is exclusively focused on being a Cloud Service Provider to the federal government.

To state a case study conducted in 2012, the federal government had already saved over five billion dollars by switching from in house systems to cloud. Their future prediction ranged as high as 12 billion dollars annually. This study was based on the information from MeriTalk Cloud Computing Exchange (CCX), an organization of federal cloud frontrunners. They conducted a survey of 108 IT managers of federal agencies who in turn generalized the cloud numbers from the
stated savings. Thus their findings showed that federal agencies could save as much as 15 percent from their yearly budgets.

“Federal agencies need to do more than just save money, they need a trusted partner in their move the Cloud,” said Les Kanis, CFO – a former Principle at Reznick Group (now Cohn/Reznick), “In building Reznick Groups’ Government space, we were successful because we worked collaboratively and treated each client like our partner. We delivered, we communicated, we problem solved, we implemented solutions and we stood shoulder to shoulder with our agency staff to achieve success. We have replicated this at CGS.”

While moving to the cloud clearly saves the federal government money, there is one caveat called FedRAMP - a program that is part of a government-wide effort to streamline the rigorous approval process for Cloud Service Providers. Every Cloud Service Provider must become FedRAMP certified in order to be authorized to host federal applications and data. FedRAMP has four possible paths to certification.

“We’re currently pursuing the highest level FedRAMP ATO that can be achieved, called the Joint Authorization Board Provisional ATO, or JAB P-ATO,” said Chris Grady – President and COO of CGS who oversees CGS operations and the cloud architecture. “While brutally rigorous, I have found FedRAMP to be a very well organized and professional process with dedicated people who believe in the mission. Participating in FedRAMP has certainly made us a better cloud service provider up to this point. We consider it a privilege to be involved in a process that we believe is at the leading edge of cloud security.”

CGS fully owns and operates its multi-tenant cloud infrastructure and is taking the lead in paving that bumpy road to federal government’s estimated 12 billion in saving by moving to the cloud. Looking ahead, this full-fledged cloud service provider continues to strive, incorporate innovative technologies to increase security to meet and exceed compliance requirements and to reduce costs for the federal government.