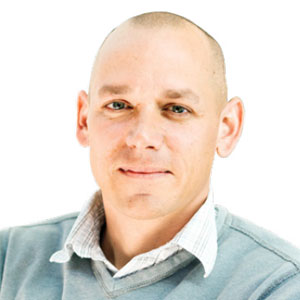 Disruptive support . A buzz phrase and a paradigm shiftborn from disruptive technology and disruptive innovation. It is all about using IT support to give power and responsibility back to the end user. That sounds great to some, but to others it sounds like lunacy. The reality is that there will always be tech savvy users, non-technical users, and everything in between. Colorado’s ex Secretary of Technology and Chief Information Officer Kristin Russell says, “The key for us was to recognize that we had such a wide range of users switching to a brand new system Google Apps for Government. And how do you support them in an effective way?”

For us, the answer has been disruptive support. From a functional standpoint, it allows an organization to use staffing resources more efficiently by effectively diffusing power and responsibility to end users. While we still use a traditional model of centralized support, end users and shadow IT at various agencies have become invaluable in helping take advantage of the many apps, add-ons and extensions on their system.

Our disruptive support began serendipitously, through the disruption and dissent at the end user level as we implemented Google Apps for Government. What looked right on a project timeline Phase I - email and calendar, Phase II - everything else failed to take into account the ecosystem of Google Apps for Government Enterprise-level restrictions to certain apps meant that users already using those apps became “creative” by back-ending them into the system, creating groups and sites externally and sharing them with state accounts. These innovators were already busy exploiting the “porous-by-design” system. Others were simply trying to live simultaneously in several worlds writing in Microsoft, storing on SharePoint, and emailing in Gmail which is brutally complicated and irritating.

So, our first mission was to stabilize the project. The initial training and outreach prior to our team’s formation primarily consisted of 90 minute online videos and enterprise—wide email ‘Tips and Tricks’. There was little outreach and training given to service desk personnel. Add to that the fact that many agencies have higher and more pressing callings such as food, water, safety, children and the state’s solvency. It was clear we needed to focus on more finely honed training and outreach to the end users.

As a 3-person team for a user base of 26,000, we took a more academic, user-empowering approach. We used a combination of websites, blogs, short videos, and targeted communications, designed to give users the opportunity to learn more about Google Apps for Government. Through the better part of a year, we turned the project around using a largely self-service model, shifting Google questions away from service desk and toward the resources available online. We also saw an increase in requests for additional apps and functionalities as users started to see the potential.

Additionally, we created sites for IT Directors and Service Desk staff. We provide info and links to every application on the Google Apps system. We also provided a Google Apps map to understand what is turned on where. This is incredibly important in disruptive support. You need to know what users are doing, how they are doing it and, especially in a government environment, where they are putting it. We enable with the ability to assess. It is a delicate, evolving balance.

We have three operational units (OUs) for each agency that govern applications in general use, pilot programs, and creation rights for some functionalities on the system, like Google Sites. To further strengthen the enable/assess 1`balance; we opened up the first private Chrome Store for government. Every Chrome browser extension is vetted by our Information Security Office (ISO) before becoming available on our domain. Users can request additional extensions at which point we engage the ISO to make sure all is secure.

To further enable our customers, we recognize that they know best their legitimate needs. So, we began handing Google Site creation rights to agency staff. We offer training with a signed form that holds them responsible for site content. Specific agencies can then give creation rights internally based on their own internal policies and procedures. This enabling is leads to cost savings. Google Sites has saved the state a large sum of money already. Just one example is tobaccofreeco.org. First estimates from a vendor were worth of $300,000, with maintenance and hosting on their end. By using Google Sites and stipulating that we own both the code and the hosting, the Colorado Department of Public Health and Environment saved or avoided $250,000money that could be used in television advertising, PSAs, and outreach for the campaign.

Another possible cost-saving measure: Google Hangouts, which is is currently in testing to replace polycom systems at the Colorado Department of Transportation (CDOT), which could save the agency thousands. CDOT’s Executive Director Don Hunt recently used Hangouts on Air to convene a meeting of a several thousand employees in 130 different locations. That success has prompted plans for more Hangouts on Air in the future.

Looking over the horizon, we’ve begun rolling out Google Maps Engine as a basic GIS solution, Google Apps Engine and Google Script for custom web apps and functionalities in Forms and Sheets, Hangouts on Air, YouTube and Blogger. This is in addition to continued proliferation of Google Apps for Government’s core services and Google’s other 60+ services. Russell says she is thrilled with the momentum. “We now have state government users really taking advantage of the 21st Century tools at their disposal. More than 300 sites have been created for internal and external use, and we have seen a doubling of use in Google Docs, from one million in December to two million in the first quarter of 2014. The growth has been exponential.”

Government doesn’t sleep we are always creating in flight. And we will continue to do so. Disruptive support has brought us along on an amazing journey of trial and error, trust and shared exploration. It’s a journey we continue today, and we see great things coming down the road for our end users and for the state of Colorado.